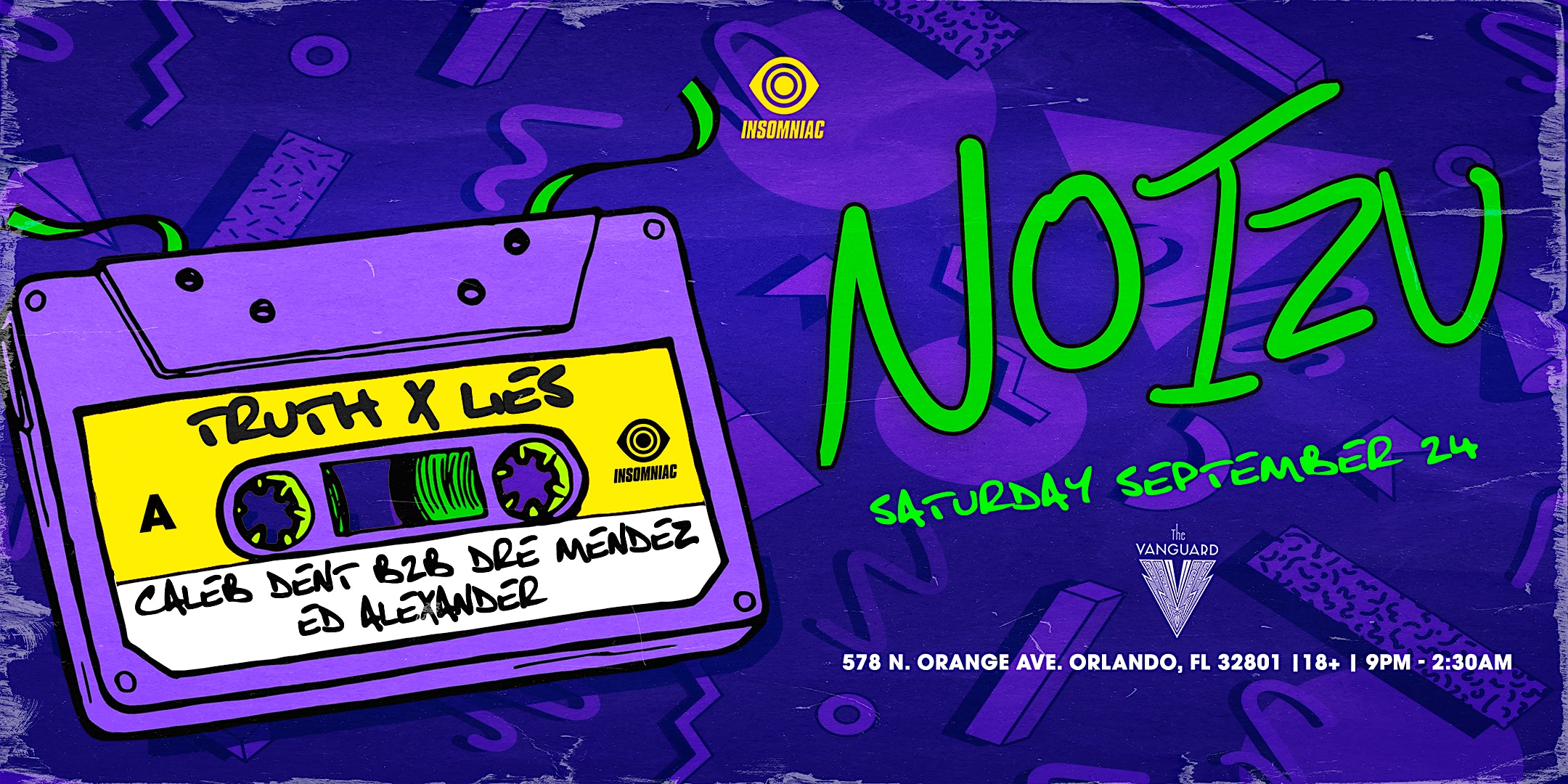 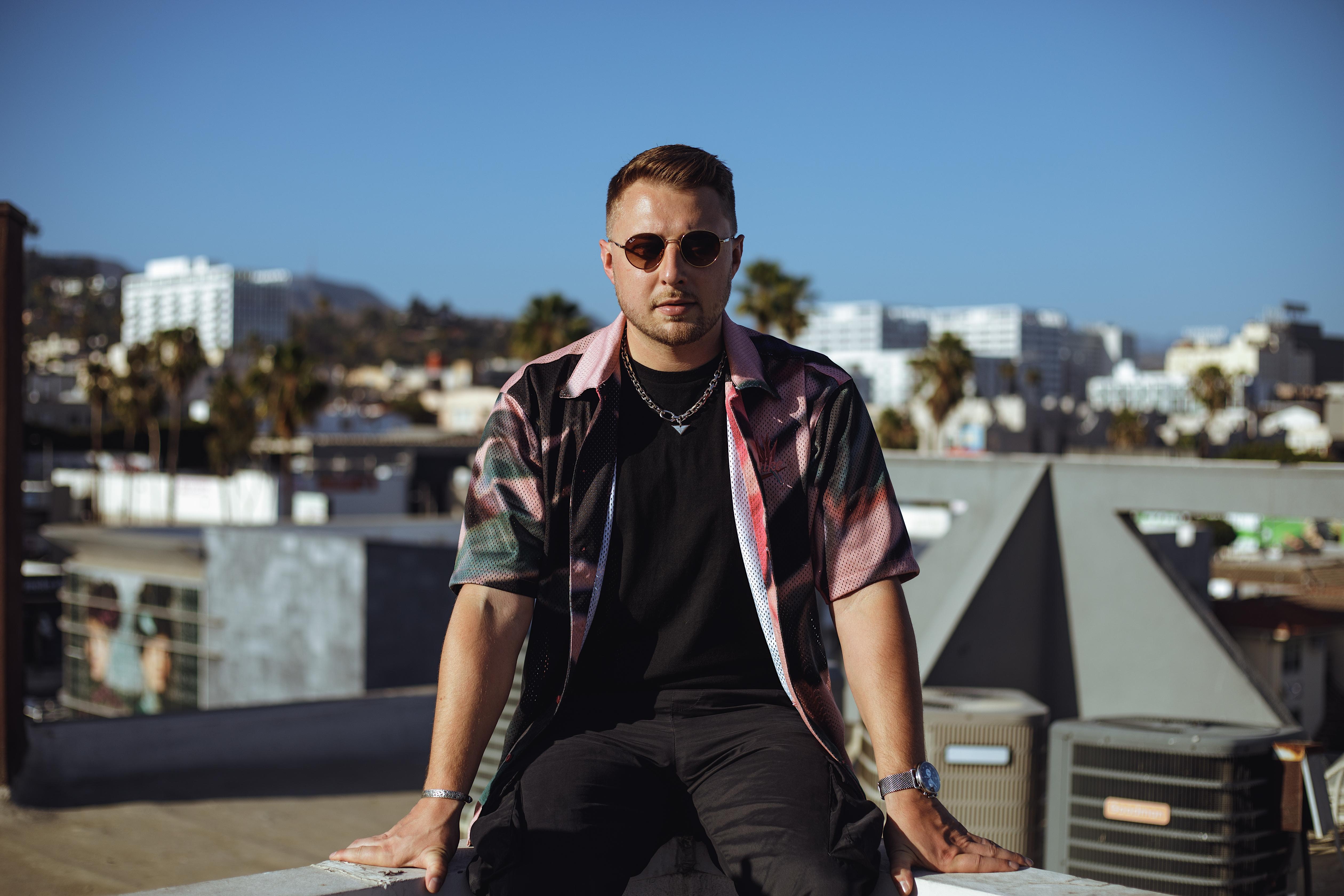 With an ear for trailblazing new sounds and a true drive to ascend to the top, Noizu has quickly climbed the ranks of house music to become a staple of the scene. From the very beginning, he made a statement with his first release: “Lasers” marked the debut of Noizu with a co-sign from industry leaders Chris Lake and Skrillex, granting him a coveted spot on their HOWSLA compilation in 2017.

Since introducing his signature sound to the scene, the Los Angeles-based artist caught the ears of dance music’s most notable names — along with signing his debut Jungle EP to Tchami’s Confession imprint, you can regularly find acts like Diplo, John Summit, Dom Dolla, Oliver Heldens, and many more supporting Noizu’s catalog through DJ sets and radio shows. With over 2 million monthly Spotify listeners and sold-out shows on the regular, the sound of Noizu has become synonymous with the future of tech house.

In 2018, Noizu became a leader of the scene with the launch of Techne Records, a label of his own with the goal of supporting club releases by underground acts on a global level. In another bold move, Noizu delivered the label’s debut release alongside Dombresky: “Rave Alarm” became an instant hit across the dance music scene, earning the title of Annie Mac’s Hottest Record in the World on BBC Radio 1. Since then, Techne Records has become a pillar in house music with a reputation for breaking the scene’s hottest up-and-coming producers, earning high Beatport Top 10 chart placements in the process.

This festival season, you’ll hear a handful of club weapons made by Noizu: 2020’s “Summer 91” continues to dominate dance floors around the globe while “Hands Up” in collaboration with Fast Eddie and Martin Ikin was an instant number-one on Beatport’s competitive Tech House Top 100. The success of “Summer 91” led Noizu to achieve RIAA Gold status in the UK, Netherlands, and Ireland, speaking to his undeniable impact on dance music.

Behind the decks, Noizu is a force to be reckoned with. He has headlined and sold out shows at iconic venues such as The Hollywood Palladium in Los Angeles and graced the lineups of the world’s leading music festivals, including Lollapalooza, EDC Las Vegas, HARD Summer, Reading Festival, and many more. Off to an explosive start this festival season, Noizu kicked off the summer with his hit “Mi Corazón” via Chris Lake’s Black Book Records and continues to dominate the season with his latest dance floor smash “Moon Groove,” out now on Techne Records. 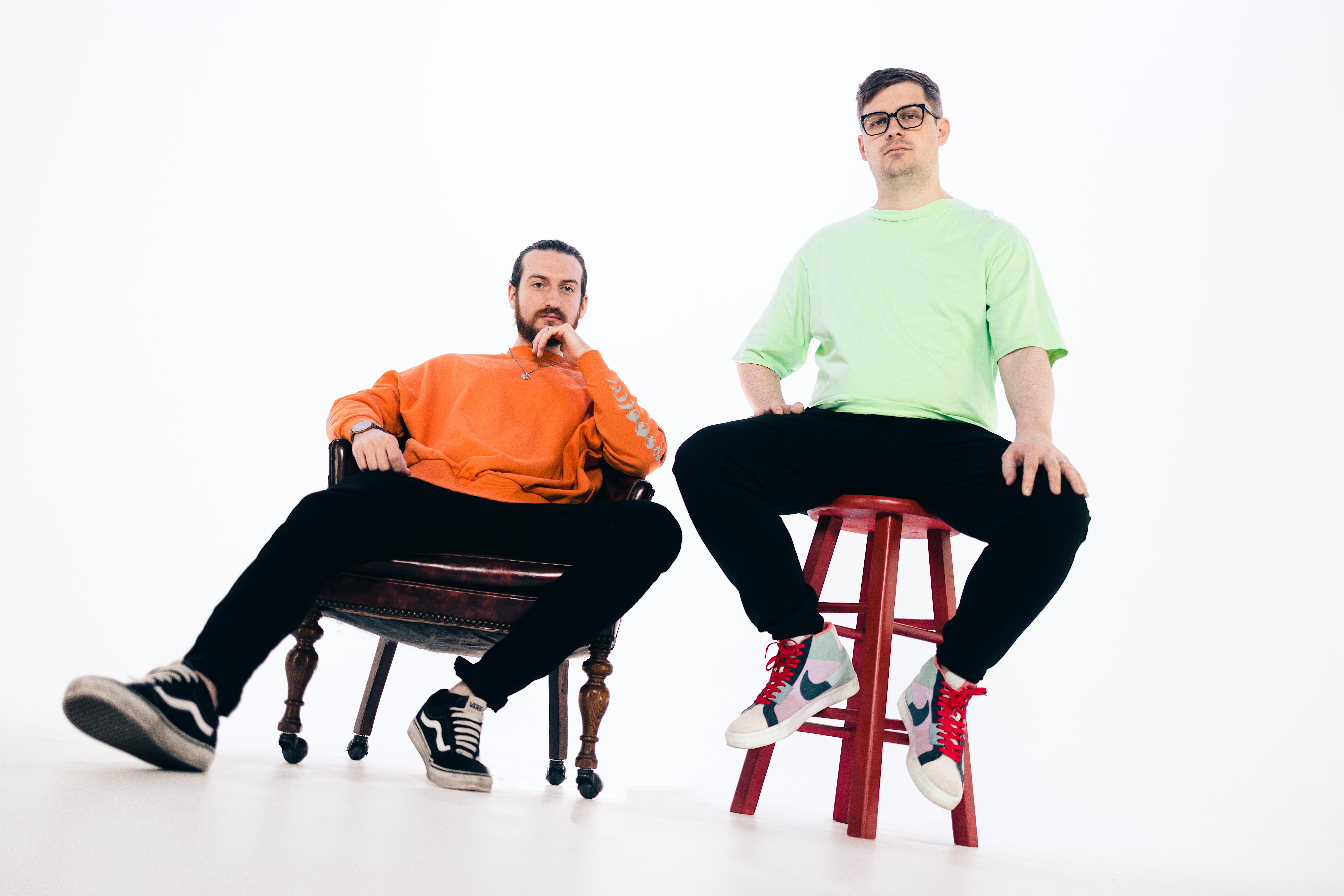 In the electronic circuit, few artists have so cohesively centered their identity around a concept that colors their sonic output as Truth x Lies have. Don’t call it a strategy to standing out, although that’s exactly the effect that it’s had—call it an acute attention to the dual possibilities of electronic sound, and watch what Truth x Lies do with it. You won’t want to miss it.

You don’t have truth without lies, nor Ian Bertles without Ryan Howard, as Truth x Lies’ two constituents are known offstage. From this thinking, Truth x Lies’ artistic identity and their concept-driven approach to music production was born. Tonally attuned to two specific sonic counterparts, dark, stimulating tech house with an aggressive, afterhours body to it, and lighter, modern tech house that ebbs with clean control, Truth x Lies touch both sides of the underground. A balancing act of old-school and “new-school” that manifests in envelope- pushing bass lines, synths, and beats, Truth x Lies’ approach embodies a message: their wheelhouse isn’t in one style, it’s all-encompassing.

If “Truth x Lies” sounds familiar, it’s not by coincidence. Flashback to 2017, to Truth x Lies’ resume-expanding accolade: victors of the Insomniac Discovery Project. That Truth x Lies secured the 2017 title for “City Lights” their first original production is evidence enough of their dance dexterity, but as to be expected of those with tenacity and talent, they didn’t stop proving it. That same year, Truth x Lies went on to win BONNIE X CLYDE’s Bass Jam Remix Competition for 2017’s Wanted EP. Fast forward to 2022, Truth x Lies is one of the most talked about upcomers in tech house right now. With releases on In/Rotation, Sink or Swim, Techne, and Night Service Only.

Having garnered more than 25 million streams across digital streaming platforms and support from Zeds Dead, Sidepiece, AC Slater, Wax Motif, Martin Garrix, CID, Tiesto, James Hype, Dombresky, Noizu, Martin Ikin, Pasquale Rotella, and many more among other dance fixtures, Truth x Lies have carved their presence in the electronic scene, and it’s one that commands respect. In recent years, the duo has been spotted stepping behind the decks at Beyond

Wonderland, Echostage, Academy, Exchange, Ogden Theatre, providing support for artists such as Dr Fresch, Dom Dolla, and Mercer, while playing hundreds of shows in major cities across the U.S. With major festival shows for Beyond Wonderland, EDC Las Vegas, and Electric Zoo with more than 20 shows lined up this year below. This duo is bound to be one of the hottest act to come in tech house. 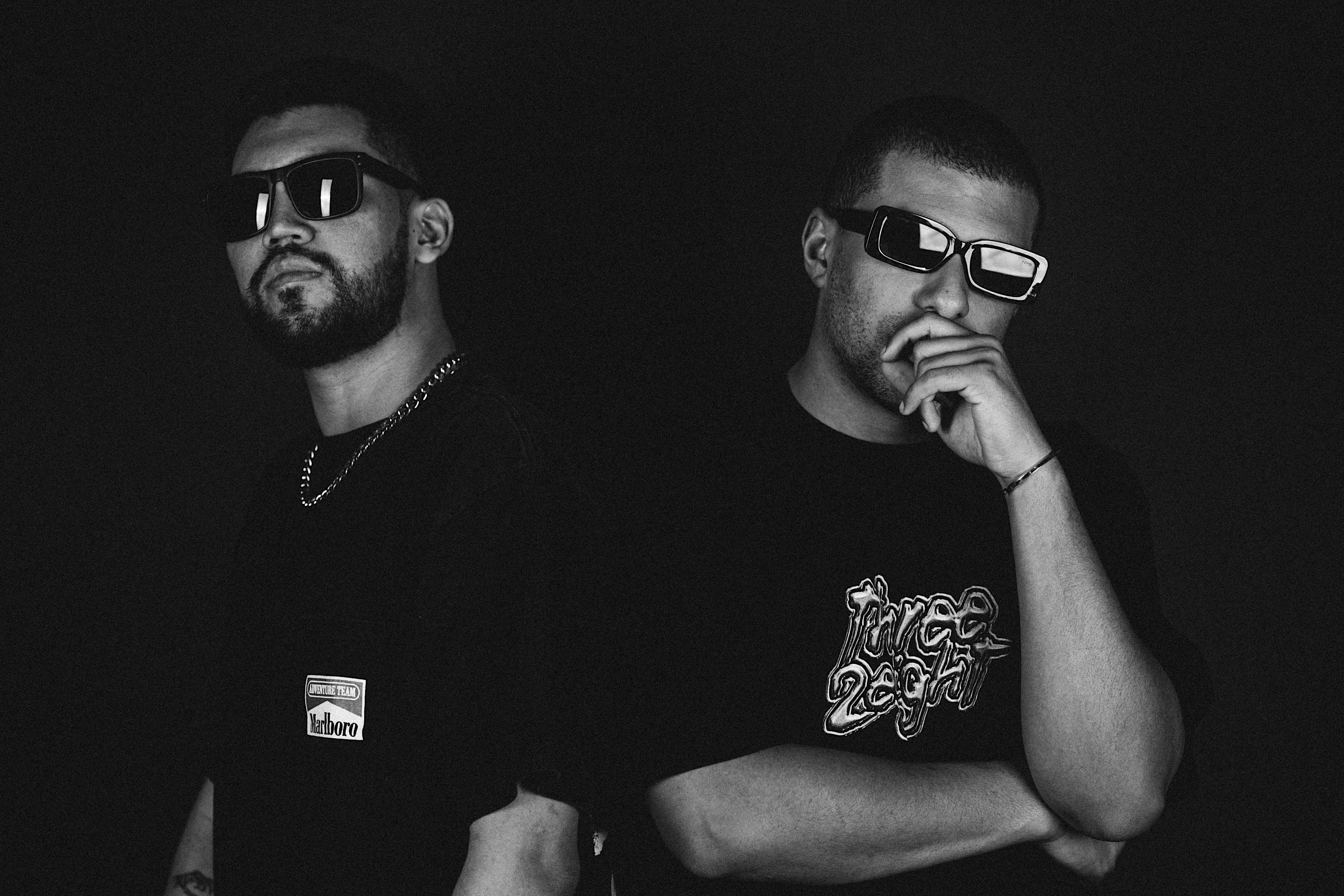 Caleb Dent + Dre Mendez are two heavy-hitting & well established producer/djs based out of Orlando, FL. After being friends for many years, they got together and decided to team up forces to become what is known today as Caleb Dent + Dre Mendez. The two have been rocking crowds together since then and have played numerous prestigious festivals such as Okeechobe Music Festival 2022 & Insomniac Skyline Orlando 2022. Many venues have welcomed and showcased their talent such as Prysm Night Club, Celine Orando, Flash DC, The Vanguard, Sound Nightclub, & Daer Nightclub. Their tracks have been supported by International A-List acts such as John Summit, Noizu, Lee Foss, KC Lights, Eli Brown, Lucati & Chapter & Verse. Current plans are to keep releasing music, earn more bookings across the U.S & eventually go on a national tour. 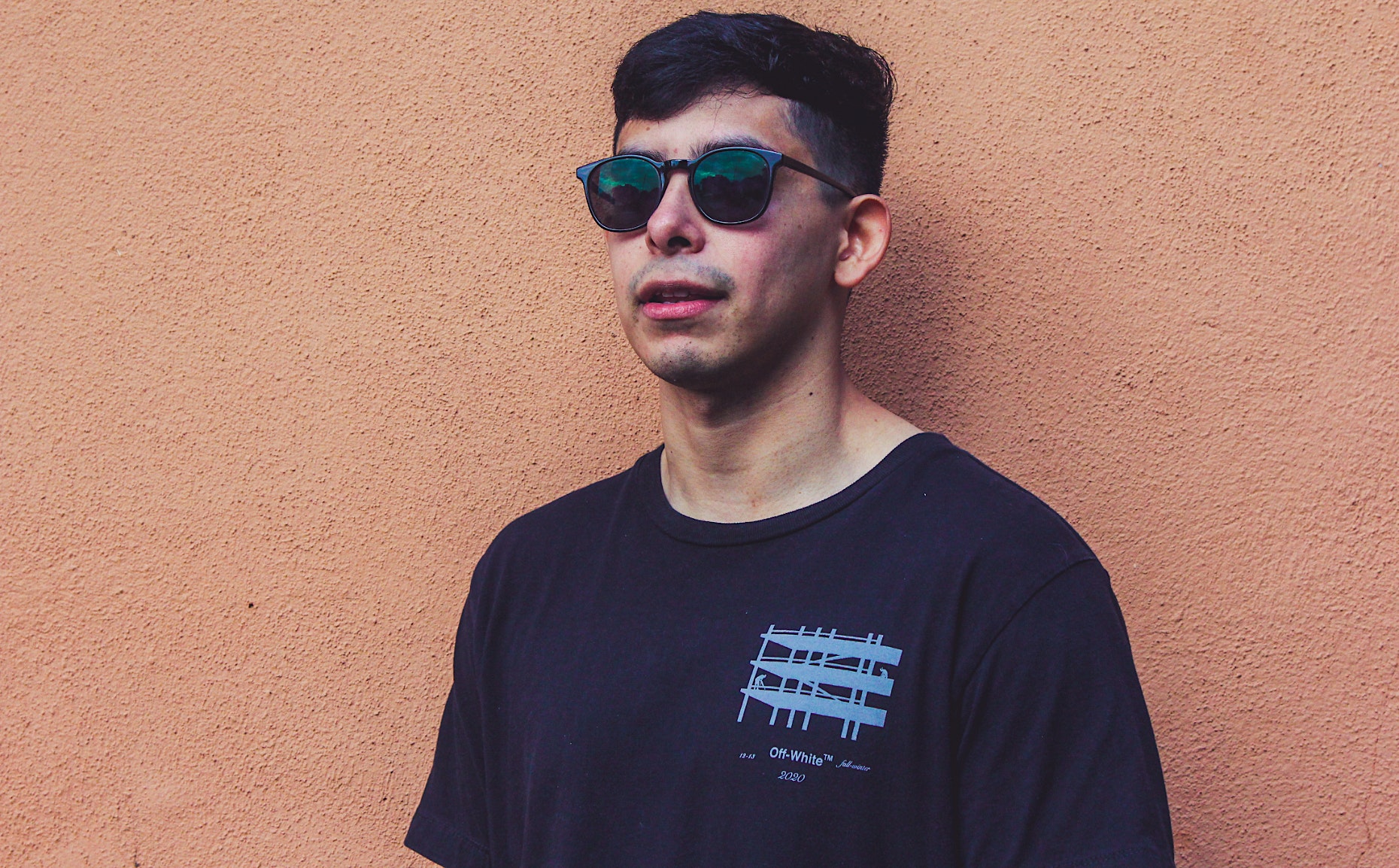 28-year old DJ & producer Ed Alexander is a Washington D.C. native and started spinning house at the age of 19 at his alma matter University of Maryland, College Park.

Music has always been a part of his life/ his roots stem from hip-hop, latin & beat-driven music. Being the youngest kid out of 4, he was always shown music from an older-age group/demographic. “I remember I couldn’t understand what the lyrics fully meant or how the rappers/artists twisted vocabulary. All I remember is the beat being catchy—now I can it was the rhythm and grooves that kept those songs stuck in my head.”

In 2019, he traveled to Barcelona & Ibiza by himself in search of inspiration, “I had pretty much given up on the American house scene and I think that trip changed my life for the better... It gave me a wake up call to the other side of the world and how the underground house/techno scene dominates mega-clubs and is the highlight every night.”

Coming back from ibiza, his appreciation for underground artists grew for the likes of: Loco Dice, Luciano, Nic Fanciulli. His current inspirations are: Joshua Puerta, Latmun, Jamie Jones. His current house style is focused heavily on minimal drums with conga, bongo, and tom based grooves.