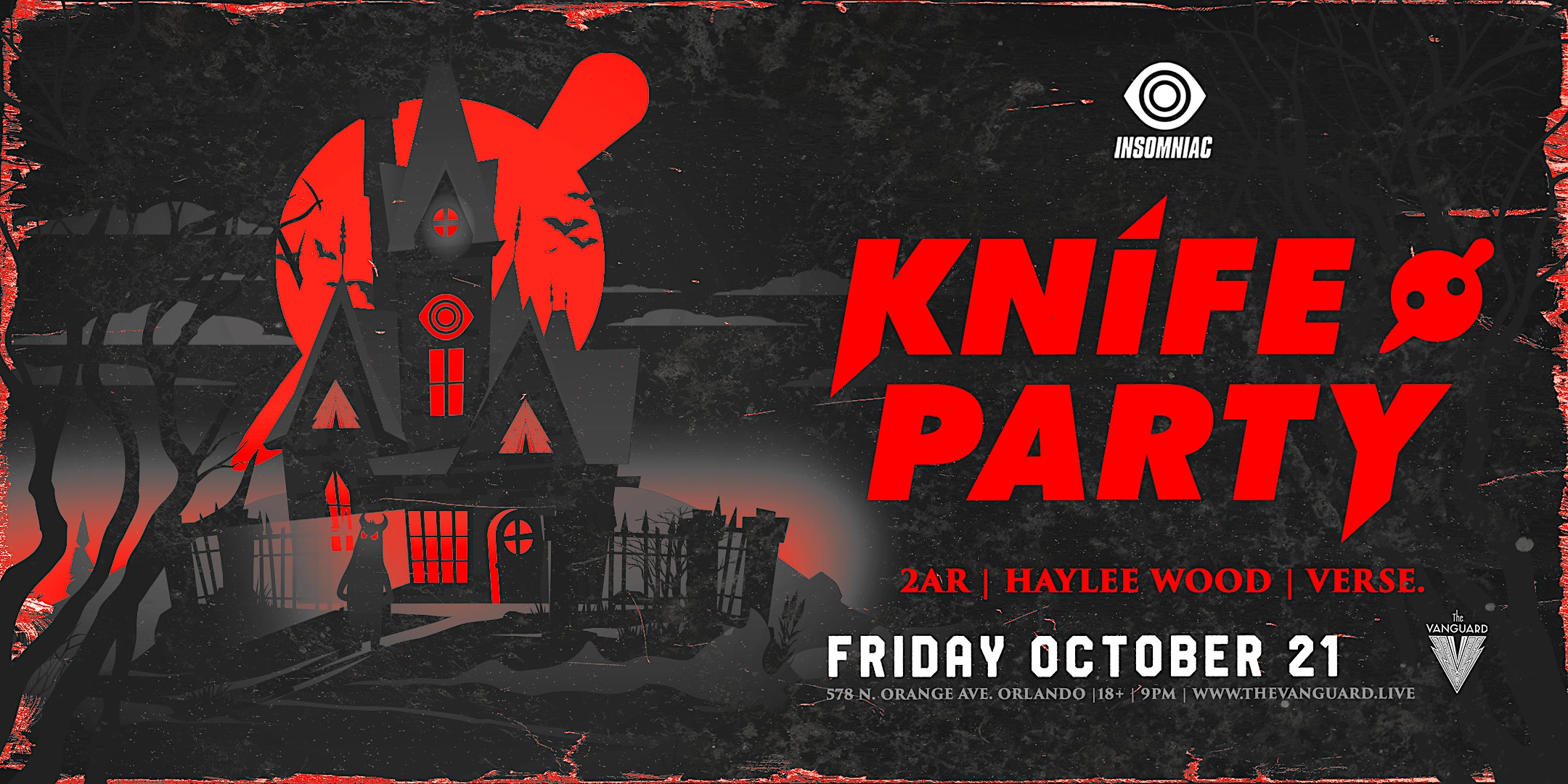 Knife Party
Knife Party are an Australian electronic music duo comprising Rob Swire and Gareth McGrillen, two members of the drum and bass band Pendulum. Knife Party were placed at #53 on Top 100 DJs poll, #22 on thedjlist and #9 based on 2013–14 data by Topple Track and JustGo Music. The duo have also worked with other artists such as Swedish House Mafia, Steve Aoki, MistaJam, Foreign Beggars, I See MONSTAS, Tom Staar, Pegboard Nerds and Tom Morello. 2002–10: Origin The duo met and performed music since 2002 in various different bands and music projects, eventually forming drum and bass band Pendulum. Two of the three original members created Knife Party as a side project, although it evolved into their primary project. On 25 May 2011, Swire released a short preview on SoundCloud entitled "Not Pendulum". The name is derived from a Deftones song of the same name—which caused consternation at first, as it implied that they supported knife crime—although Swire stated that "...we’re not advocating any type of knife-related crime any more than Swedish House Mafia were advocating organised crime." 2011–12: 100% No Modern Talking and Rage Valley Knife Party's first EP, 100% No Modern Talking, was released digitally through Warner Bros. Records on 12 December 2011. The EP originally was to feature "Back to the Z-List" but was replaced with "Destroy Them with Lazers" as the duo had decided to abandon the track. The EP title refers to the lack of "Modern Talking", a wavetable in the software synthesiser NI Massive commonly used to create "talking" basslines. Their second EP, Rage Valley, was released digitally through EarStorm and Big Beat. Rob tweeted a screenshot taken on his PC showing three of the four final Rage Valley tracks, captioning the photo "3 down, 1 to go", referring to the mastering of the final track "Sleaze". The title track "Rage Valley" was originally named "Fuck Em" but the title was changed "for secret shady reasons you will never know" according to Rob. "Sleaze" was also re-titled, the original being called "Until They Kick Us Out". Originally Rage Valley was set to be released before the end of April 2012, but due to multiple setbacks the release was delayed for four weeks. It was made available for purchase on Beatport and iTunes on 27 May 2012. The song "Bonfire", released on this album, was featured on an episode of AMC's Breaking Bad in the fifth season and in the video game WWE 2K15. The EP was also Knife Party's first ever entry on the Billboard 200, peaking at #75. 2013–14: Haunted House and Abandon Ship Their third EP Haunted House, was released on 6 May 2013 digitally through EarStorm and Big Beat. A last minute change was made to the EP and where "Baghdad" was replaced with "Internet Friends" (VIP). Rob also announced the approximate release date for the new EP, the week of 22 April, with iTunes on 29 April. Rob later announced the final release date would be 6 May due to issues beyond his control. The EP was leaked on 29 April and later uploaded in its entirety on Knife Party's YouTube channel on 5 May as well as a trailer video for the EP. The EP entered into the iTunes Top 10 Albums Chart and peaked at #3. It also hit number 1 Electro House Album on Beatport. The EP was also Knife Party's first Top 40 entry on the Billboard 200, peaking at #37. Rob Swire stated that he will be taking a six-month hiatus in July from live performances in order to record new music. A month later Swire released a statement that along with an announcement of a new Pendulum album, Knife Party will be recording and releasing their debut studio album. In May 2014 Swire stated that the debut Knife Party album was near completion and that they were in their final stages of finishing it. In June it was announced that the album would be titled Abandon Ship, however it was explained that its release date will be announced once the album itself is finished. On 6 August 2014, Rob Swire released a teaser for the track "Boss Mode", from the forthcoming album. On 15 August 2014, the release of a single titled "Resistance", was announced, to be released for free on 25 August 2014 through SoundCloud, with the album to follow shortly after. On 22 August 2014, the album was announced, scheduled for release on 24 November 2014. On 22 September 2014, "Begin Again" was released as the second promotional single from the album. The song entered the UK Singles Chart at number 183. On 7 November 2014 iTunes leaked the whole album. Knife Party's Rob Swire mentioned in a tweet that he was happy with the album leaking, but that he felt it made "months of arguments about release dates and watermarks pointless." 2015–16: Trigger Warning and Battle Sirens Evidence of a possible new EP made itself known during their performance at Ultra Music Festival 2015 where they debuted three new tracks: Parliament Funk, PLUR Police and Kraken ft. Tom Staar. On 3 June Knife Party tweeted they would be officially announcing their new EP within 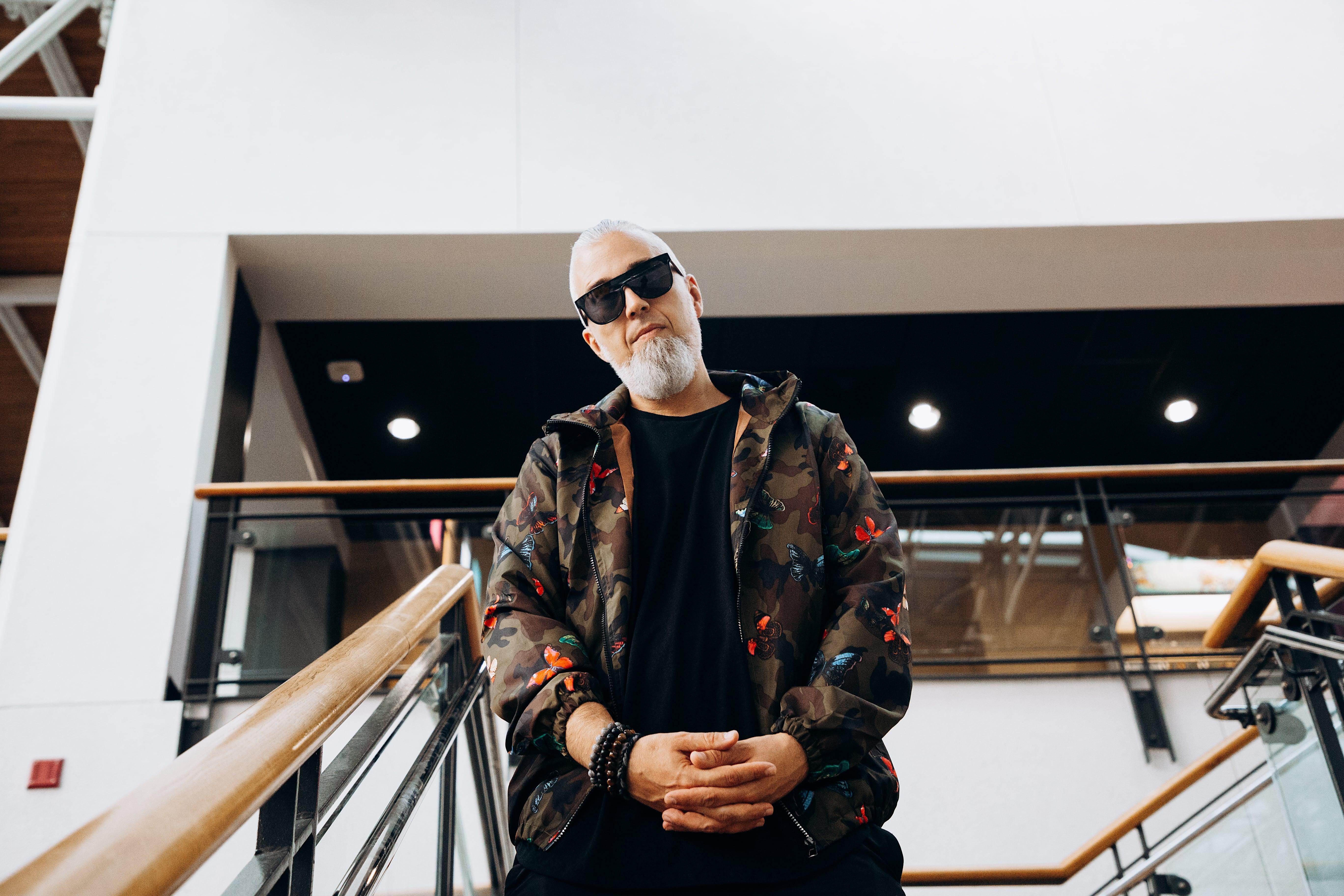 With his releases, 2AR pays forward the sounds that made him who he is. Drawn initially to the rawness of grunge, the urgency of rap, and the energy of house, he put all the pieces together.

His move to Miami has immersed him into one of the world’s most thriving music cultures and is proving to be the perfect spring board for the next steps in his career. He carries a residency at Treehouse Miami and has hit the Florida festival scene, playing both Countdown Orlando Invasion and Forbidden Kingdom. 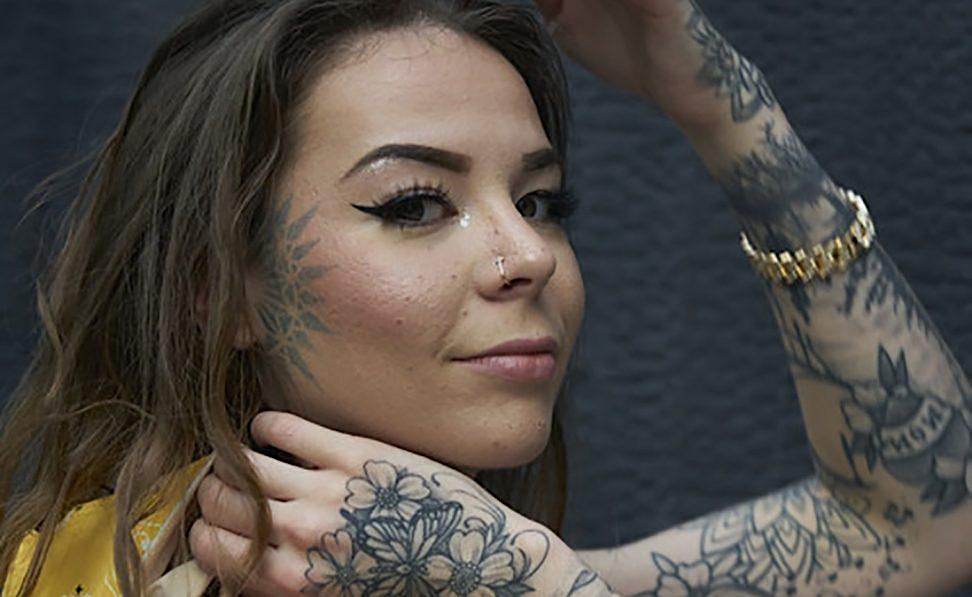 A lifetime love of music informs this up-and-coming Miami-based house DJ, producer, and vocalist who has been playing piano and guitar, singing, and writing songs since the age of twelve.

Haylee discovered dance music and the festival scene just in time to have COVID take it all away. Bored in quarantine, she realized she still needed the music that meant so much to her – and so decided to try her hand at mixing house.

Now residing in Miami, Wood looks to expand her empire, not only singing on her own tracks but also contributing to other producers’ works a powerfully emotive alto voice that recalls Alicia Keys in some moments and Beth Orton in others.

As for her beats, Haylee’s sounds would feel equally at home at a Dirtybird Campout or in the Neon Garden. Served well by influences like VNSSA, Green Velvet, John Summit, and Eli Brown, her DJ sets combine an ear for hooks and an eye for groove. 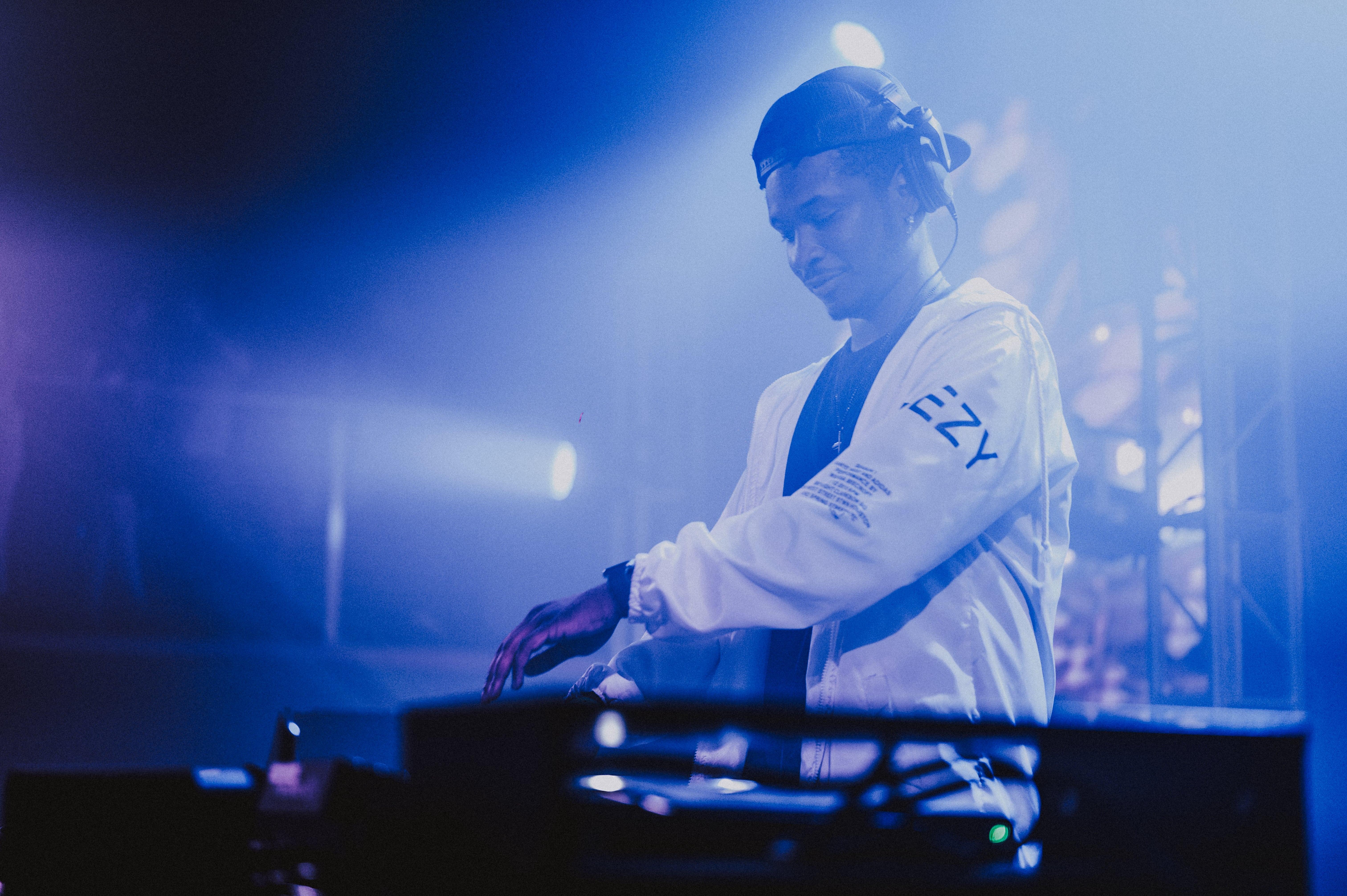 Jordan Quebe, also known as "VERSE.", is a 27 year old producer based out of Florida who has been consistently crafting his sound for the last 5 years. Drawn from the latin root term "vers" meaning "to turn" is a perfect representation of the energy he finds to continue the project in a purposeful & new way.

Pulling from his musical influences such as RL Grime, Liquid Stranger, Hex Cougar & more, he finds himself in the world of trap and future/experimental bass. When you see a VERSE. set, be prepared to turn your eyes and ears to a new and refreshing sonic experience that transcends just one subgenre. With releases out on strong-bass labels like Headbang Society as well as receiving bookings from huge festivals such as EDC Orlando, VERSE. is a force to be reckoned within the emerging bass community.